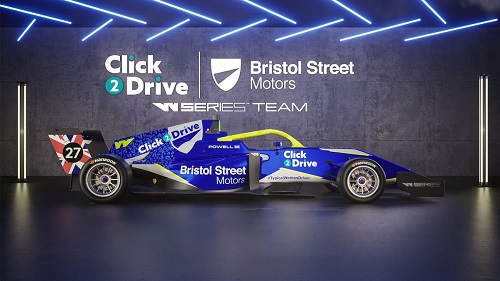 W Series, the international single-seater motor racing championship for female drivers, today announces that the Click2Drive Bristol Street Motors Racing W Series Team will compete in the 2022 season, and Alice Powell will spearhead their bid for glory this year.

Alice has scored four victories and five other podium finishes in 14 W Series race starts, and her move to the Click2Drive Bristol Street Motors Racing W Series Team brings her career full circle. Bristol Street Motors was one of Alice’s first sponsors when she competed in the Ginetta Junior Championship in 2008, and the brand’s Gloucester Renault dealership supported her in the Asian Renault Series in 2014.

A female pioneer in motorsport, Alice was the first woman to win a Formula Renault championship in 2010 and, two years later, became the first woman to score points in the GP3 Series. In two seasons with W Series, the 29-year-old Briton has finished third and second in the championship standings. She will now look to go one better again and claim her maiden title in 2022, when W Series will stage support races at eight Formula 1 Grand Prix weekends, starting in Miami, USA, in May. Alice’s Click2Drive Bristol Street Motors Racing W Series Team team-mate will be announced in due course.

Bristol Street Motors, part of one of the UK’s largest car dealership groups, is building on its rich motorsport heritage with the launch of its own W Series race team. Bristol Street Motors’ new team and continued partnership with W Series includes the support of their award-winning buy online technology, Click2Drive – an end-to-end service that allows customers to buy a car completely online.

The launch of their W Series race team coincides with the brand’s new #TypicalWomanDriver campaign, which highlights the skills and significance that women drivers play in society, from ambulance drivers and other blue-light first responders, to lorry drivers and air force pilots.

Bristol Street Motors champions inclusivity throughout all aspects of its business and partnerships. Last year, it made several changes to encourage more women into its workforce, including offering enhanced maternity pay and creating more than 100 apprenticeships which are targeted at career switchers, or those who had taken a career break, including mothers returning to work 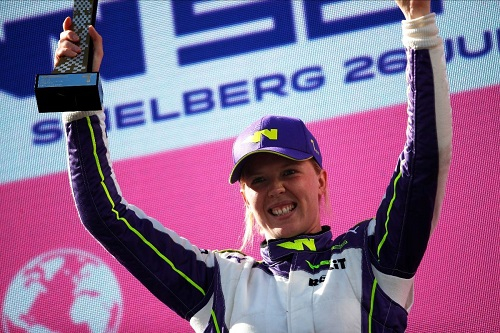