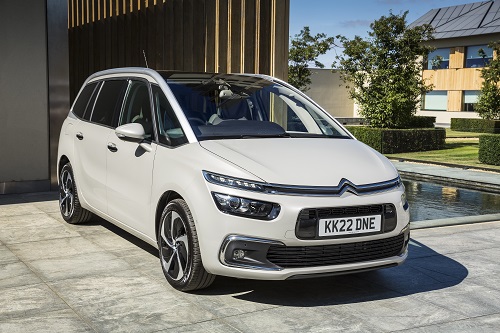 Citroën has announced that Grand C4 SpaceTourer will end production in July this year. Changing customer habits and the expansion of the Citroën range to include New C5 Aircross and New C5 X mean that the Grand C4 SpaceTourer is bowing out. New C5 Aircross offers all of the space, modularity and versatility of an MPV with an elevated driving position while New C5 X is an affordable family car offering unrivalled comfort with both models available with a plug-in hybrid powertrain. Those looking to seat up to nine passengers, or with a large family, can opt for the fully electric ë-Berlingo or ë-SpaceTourer models.

Citroën is renowned for developing innovative and versatile cars and it was no different in the Multi-Purpose Vehicle (MPV) segment. For 30 years Citroën has sold almost 4.5 million MPVs around the world. Beginning with the Citroën Evasion in 1994 and followed by the larger C8 in 2002, Citroën has consistently delivered innovation, versatility and comfort to MPV owners. It was the Xsara Picasso that further shifted the boundaries of the MPV segment with its completely new design, exceptional comfort, and modularity with three equally accommodating back seats – a revolution in the segment. Introduced in 1999 and discontinued in 2012, Xsara Picasso sold more than 1.76m units worldwide.

Launched in 2014, Grand C4 SpaceTourer offered customers an attractive and modern design and has earned a reputation for its unrivalled comfort, internal versatility and space, as well as its exemplary modularity and light cabin thanks to the long windscreen and panoramic glass roof. Its popularity is demonstrated by the number of orders due to be fulfilled before the end of production in July.