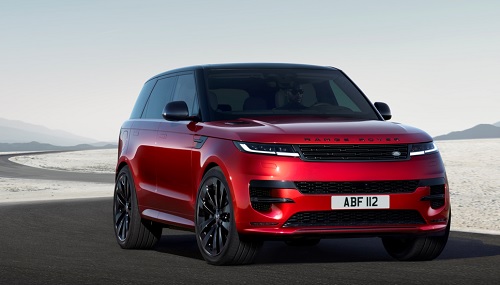 The New Range Rover Sport has made its global premiere with a dramatic world-first climb up a flooded dam spillway in Iceland.

The epic ascent saw New Range Rover Sport resist the surging torrent of water flowing down the ramp of the Karahnjukar Dam – the biggest of its kind in the world – at a rate of 750 tonnes per minute. A loss of traction risked plunging down the perilous 90m drop at the base of the spillway to the valley floor below.

The third generation of Land Rover’s luxury performance SUV is the most desirable, technologically advanced and capable yet, mixing an imposing road presence with instinctive driving responses using the most advanced combination of chassis technologies ever fitted to a Land Rover.

The successful spillway ascent was screened for the first time at an exclusive launch event at Jaguar Land Rover’s Advanced Product Creation Centre in Gaydon, UK. Official James Bond stunt driver Jessica Hawkins was behind the wheel as the New Range Rover Sport demonstrated its grip, traction, performance and composure, completing the latest in a series of challenges for Land Rover’s luxury performance SUV.

Jessica Hawkins, Stunt Driver, said: “The power of the water surging down the spillway was breath-taking from the side of the valley. Driving into it knowing that a 90-metre drop was waiting behind me at the bottom of the slope, if things went wrong, made this the most challenging drive I’ve ever undertaken. Despite the steep slope and rushing water, New Range Rover Sport made it look easy. Its traction, composure and commanding visibility inspired so much confidence I was able to enjoy the whole experience.”

New Range Rover Sport is based on Land Rover’s advanced, flexible Modular Longitudinal Architecture (MLA-Flex), which provides the perfect foundations for its superior dynamics and peerless refinement. Its line-up of powerful and efficient powertrains includes two six-cylinder extended range Electric Hybrid plug-ins, which provide a pure-electric driving range of up to 70 miles (113km) and CO2 emissions as low as 18g/km1. 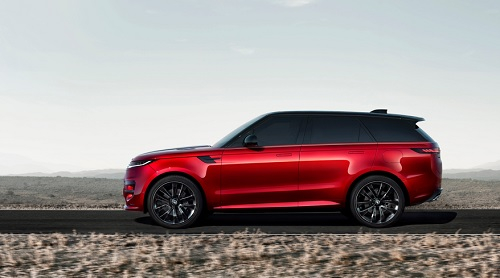 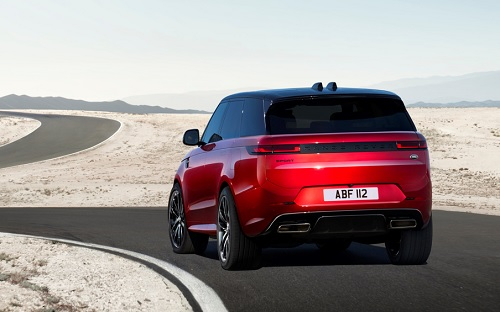 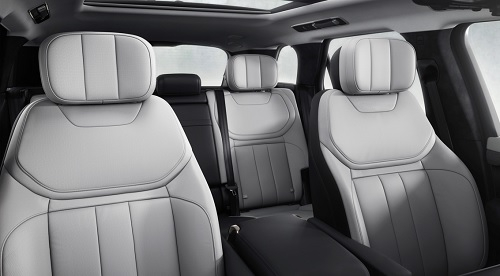 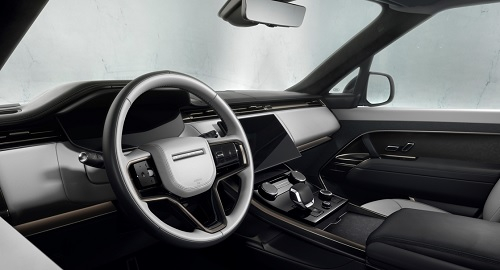 The new 530PS V8 Twin Turbo provides sports car performance, with 0-60mph in as little as 4.3 seconds (0-100km/h in 4.5 seconds) with Dynamic Launch engaged. Customers can also choose from powerful and efficient mild hybrid petrol and diesel Ingenium engines, while pure-electric propulsion will be available in 2024, as Land Rover continues its electrification journey.

New Range Rover Sport makes every journey an event and can be honed to be as dynamically engaging as the driver desires, while also offering enhanced levels of refinement and comfort. This ability to combine dual characters is made possible by a comprehensive set of technologies.

The advanced Cabin Air Purification Pro system creates and maintains the optimum interior environment for wellbeing and alertness, while a selection of powerful Meridian audio options is available. The Meridian Signature Sound System is the most advanced and powerful audio system ever fitted to a Range Rover Sport, with up to 29 speakers including four headrest speakers to create personal sound zones for the four main cabin occupants. Next-generation Active Noise Cancellation3 plays its part here, reducing the number of external sounds entering the cabin for ultimate cabin refinement.