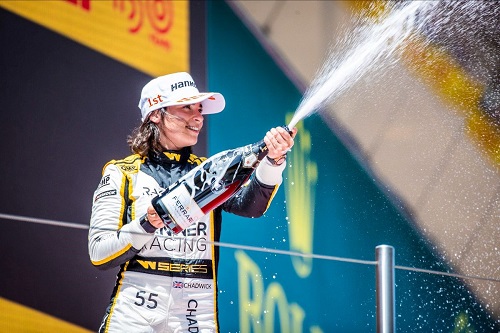 The Briton – who celebrated her 24th birthday yesterday – backed up her two wins at the season-opening double-header in Miami a fortnight ago with a flawless weekend in Spain where she topped all three sessions, led every lap and recorded the fastest lap in Saturday’s race. The ninth victory of Jamie’s W Series career – and her fifth in a row – sees her extend her lead at the top of the championship standings to 37 points with seven of this season’s 10 races remaining.

Jamie made a perfect getaway from pole position, expertly controlled her pace from the front, and held off a late charge from Abbi Pulling (Racing X, 19, UK) – who overtook Alice Powell (Click2Drive Bristol Street Motors Racing W Series Team, 29, UK) at the start – to beat her compatriot by half a second. Alice – runner-up to Jamie last season – was a further 0.7 seconds back in third place to complete an all-British podium. Abbi’s second W Series podium moves her into second place in the championship, five points ahead of Alice who took the 11th podium finish of her W Series career.

The only change to the starting grid saw Tereza Babickova (Puma W Series Team, 19, CZE) start 16th having received a three-place grid penalty for causing a collision during the last race in Miami.

Using cars supplied by Toyota Gazoo Racing New Zealand (TGRNZ) for the first time this weekend, all 18 drivers got away cleanly at the start, and none more so than Jamie who took full advantage of her pole position to comfortably retain the lead into the first corner. Behind her, Abbi overtook Alice for second around the outside on the exit of Turn 1, and Emma passed Beitske for fourth.

The top five were followed by the three Spanish drivers on the grid, with Marta leading that trio and Nerea going from 11th to eighth on lap one – making up more places than any other driver – by the end of which Jamie led by more than one second.

With a third of the 30-minute plus one lap race gone, the top 10 were posting lap times within two tenths of a second of each other. Abbi had cut Jamie’s advantage to less than half a second, and Alice was only four tenths further back in third, but Jamie responded by setting the fastest lap of the race. 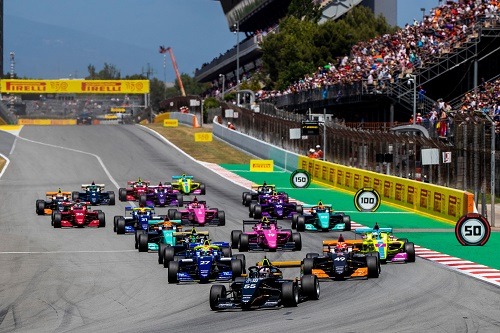 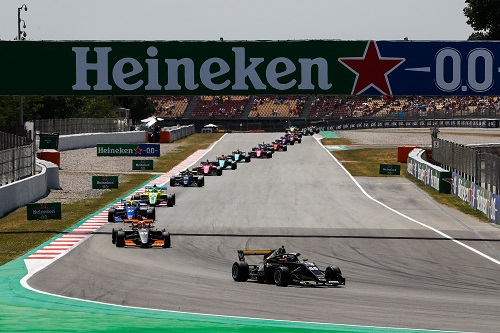 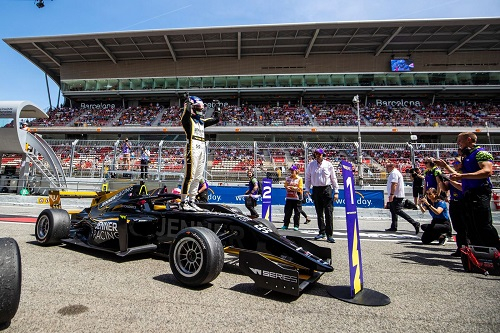 With 15 minutes remaining, Sarah moved into the top 10 by overtaking Jessica Hawkins (Click2Drive Bristol Street Motors Racing W Series Team, 27, UK) at Turn 1. The track temperature soared above 45 degrees Celsius, meaning managing their Hankook tyres became crucial as the drivers entered the final third of the race when Jamie had eked out a buffer of almost one second again.

Abbi had halved the deficit by the start of the final lap and was urged by her engineer to “keep the pressure on” during the final circuit. She did just that but couldn’t force a mistake from Jamie who kept her cool in the sweltering heat to seal victory. The race finished with waved yellow flags as Jamie’s team-mate Chloe Chambers (Jenner Racing, 17, USA) lost the rear of her car and got stuck in the gravel at Turn 9.

TGRNZ is supporting W Series with the logistics required to get racing cars to F1 race weekends in the most sustainable way this year. As well as being used by W Series at the Circuit de Barcelona-Catalunya this weekend, Toyota’s FT60 cars will also be at Suzuka, Japan, in October when W Series will stage its first race in Asia.

W Series uses identical Tatuus chassis to the Toyota Racing Series, but with different engines, and the cars being shipped for the two events retain their Toyota engines. Sharing cars between the two championships helps to manage logistics and enables the use of sea, as opposed to air, freight, keeping the series’ carbon footprint as low as possible.