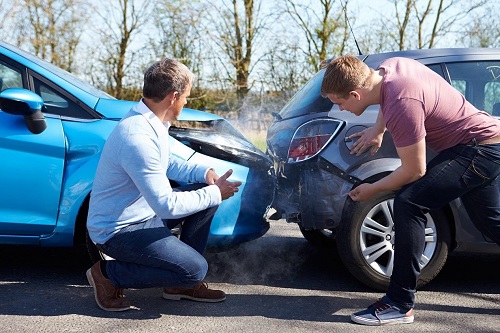 They can even be driving with penalty points or be disqualified and no-one in the UK knows.

Highlighting a strange loophole in the law, Claims Management & Adjusting is calling for all UK residents to keep the Driver and Vehicle Licensing Agency informed of their current address.

A GB licence holder must immediately notify the DVLA of any change of address, this is stipulated at section 99(4) of the The Road Traffic Act 1988. Yet, under Section 99A(3), EU driving licence holders can drive in the UK for as long as their licence remains valid.

CMA says the issue has long been problematic, but the frequency of such cases is increasing.

To confirm this, CMA founder and Managing Director, Philip Swift, a former police detective, submitted a Freedom of Information request asking for the number of “ghost records” in the DVLA driver database. Why? Because when a UK resident with a non-GB licence is convicted of a motoring offence, the DVLA will create a ghost record to register the penalty.

In March 2022, the DVLA provided the following on the number of new ghost records created:

Mr Swift, said, “We had noticed a steady rise in cases involving the presentation of non-GB driving licences, and the DVLA ghost record data backs this up. This problem is, even for minor collisions, these claims can be extremely time-consuming.

“It can’t be right that GB licence holders can be fined up to £1,000 for failing to inform the DVLA of a change of address, while resident non-GB licence holders face no such sanction – even if they’ve been living in the UK for years and their registered address is patently not current but an overseas residence.”

He added, ” The point is they do have a UK address so an insurance policy can be issued and sent there – but there is no obligation for non-GB licence holders to keep the DVLA updated. Indeed, there  is no record to update as if they do not exchange their licence the DVLA do not know of them.

“What’s more, it can be hard to confirm if they have any points on their licence, or even if they are disqualified, as their overseas licence cannot display UK endorsements. Unless someone goes to the effort of  running a detailed check, a non-GB licence holder who is resident in the UK can receive points here but still present an apparently ‘clean’ licence.”