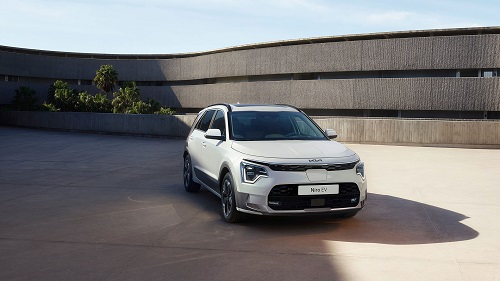 Less than ten years ago, Kia began development of its Soul electric car and now it’s one of the world’s leading makers of low carbon models, but is still keeping the internal combustion engine option open.

As it prepares to roll out the forthcoming Niro range across Europe including hybrids and battery only models as its latest offerings in a truly massive range, Kia is mindful that some parts of the world don’t have an electric charging infrastructure.

“Kia has an extensive programme of electrification over the next few years,” he said.

“We will be introducing 14 new electric models by 2027 including the EV9 large SUV with seven seats and then we intend to roll out more in a programme which will see the newcomers with prefix numbers 1-9. We already have the EV6 sports model which is the basis for the EV9 and they are being built on Kia’s Electric Global Modular Platform.”

Like other car makers, Kia has developed a ‘standard’ platform which has a few fixed points but can be fitted to a car of any length or width and share a common powertrain layout but of differing outputs.

So the next generation Xceed and its family will be using the EGMP base and it can be modified for smaller models over coming years.

Currently, the EV platform models are assembled in Korea but inside three years they will be made in Slovakia as well for the European market.

Mr Sayles added that they are very excited about the future of EVs with more than 2,500 rapid chargers (50kW+) now available via Kia Charge, as of April.

DC charging is crucial to allowing electric vehicle owners to recharge quickly while en route to a destination. Since April 2021, Kia Charge has seen its number of available DC rapid chargers grow by 33 per cent in the UK, from 1,951 connectors to 2,591 – more than any single ‘super charger’ network in the UK.

These include DC chargers of 50kW or more, as well as high-power charging stations that can recharge at up to 350kW.

But that’s not the final throw of the dice for petrol engines in Kia’s global ranges.

“We know that Europe will still need petrol engined models because of infrastructure shortcomings until 2034 and we will make what our customers want to buy and demand is still there.”

At the same time, Kia is looking at future forms of batteries to ensure they are the greenest, most efficient and have the longest ranges without costing enormous sums of money.

The present e-Niro is currently the best selling electric car in the UK and that’s a great platform from which to build sales of the new generation model coming this July which could see half of them being pure battery vehicles.

Kia success has been down to its comparatively young range of models, latest technology and strength of its dealership network which have combined to earn it the Car Brand of the Year Which? Award 2022.

The first Soul model launched nearly two decades ago so we wanted to see what the latest solo EV version was like, 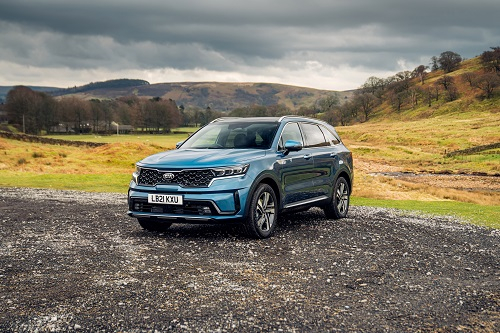 On a nearly full-charge it was indicating about 244 miles range, and depending which of three driving modes – economical, normal or dynamic – were selected the distance and performance would vary.

It is a very practical car inside and out with a large cabin, reasonable boot and very comfortable interior now brimming with the latest gadgets, screens and controls.

The price is not cheap but it doesn’t look cheap either and has a distinctive style with extensive piano-black finishes to set it off.

The seats were very comfortable and all the controls were responsive to hand or foot, with good roadholding, a smooth ride and respectable performance on country roads where it easily kept up with traffic flow.

Kia increased the power two years ago when it also made some cosmetic and equipment changes over the first generation which had been launched with a 27kWh battery and then raised to 30kWh as the market took off.

All this development and experience has been put to good use at the other end of their UK range of SUVs in the Sorento 1.6 T GDi PHEV 4 AWD costing £55,355 as tested.

Sorento really is the height of Kia luxury and ease of driving, rivaling the best from more expensive British and German prestige brands.

It was very quiet, extremely comfortable, and capable of covering ground quickly and in a very composed manner. With seven seats available it is also very roomy as a family car for long weekends and holidays.

So you can see Kia has come a long way since it arrived in the UK in 1991 and has lived up to its motto of “Movement that inspires”, both what it’s doing for itself and the buyers it serves. By Robin Roberts Miles Better news agency