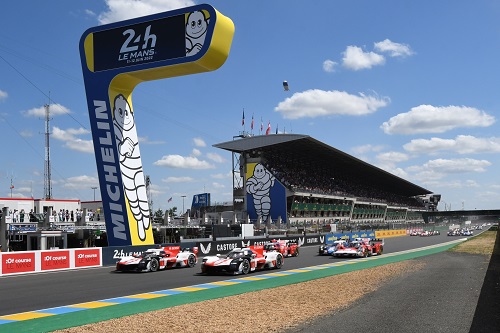 Races have always been common, and nowadays, people still adore such entertainment. And, of course, numerous events are held monthly in different parts of the world! Due to the Covid pandemics, a lot of races were cancelled in 2020 and 2021, but now the situation seems to become more stable, which returned people the possibility to enjoy the most exciting car shows.

While some people prefer just watching the show and enjoying the events, others consider it a way of getting some additional cash. Nowadays, more and more people prefer becoming members of live casino and betting sites and earning real cash. It makes the watching of a favourite Autosport event more exciting and profitable if the luck is on the user’s side.

So, what are the most impressive and anticipated car shows in 2022?

Formula 1 As the Most Famous Racing Event

There’s hardly anyone who hasn’t heard of F1, which is the most impressive and anticipated show. Overall, it’s a series of races held worldwide, and it’s convenient to follow all events on its official site. The championship began on 20th March, while the last event will be held on 20th November. And the world is watching with a bated breath, betting on who will become champions this year.

This event is the most popular racing event for 500 miles, which is hard for participants and exciting for viewers. It’s worth noting that this show is one of the most prestigious races worldwide. The winner of the Indy 500 receives a trophy that was established in 1936. The cup is in a human height, decorated with the faces of each winner.

NASCAR championship can be compared with F1 since it’s a fairly popular event that racing fans really adore. In 2022, it began on 6th February in Los Angeles and will be held until 6th November.

It’s the largest annual racing event in Northern Europe, held in Finland. It was established in 1951, and since then, numerous drivers dream about participating in this show. Moreover, hundreds of thousands of viewers attend the show to see the performance and get a perfect adrenaline rush.

This rally has become incredibly common due to high average speeds and a variety of jumps. The stages are located among picturesque Finnish lakes and forests, making the show even more spectacular.

This championship is about speed and endurance! 2022 is the 88th year when the competition is held, and professional racers continue beating the records. Here, the main point is the endurance of pilots, who sometimes have to drive for over 4 hours without any stops. Of course, it’s hard to imagine driving for so long in tough conditions, but car fans are happy to follow this event.

While the participants are searching for the balance between speed and the car condition, spectators watch the race with bated breath.