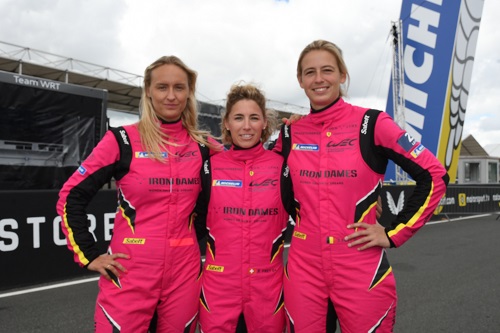 Starting the race in sixth place after becoming the first all-female line up to qualify for the Hyperpole qualifying session, the Iron Dames experienced a rear puncture in the opening lap, which sent the car to the very back of the class to twenty-third place.

In the ensuing hours, the pace from the Iron Dames moved the #85 car back towards the front with a ‘never give up’ attitude, proving the Dames’ talent and determination to eventually finish the race in seventh place, gaining sixteen places.

To get an insight into the three drivers, Girlracer was able to ask about any rituals they have before going racing, any motorsport heroes they admire and where they would like to race in the future.

As a photographer for Girlracer at Le Mans I always have to put on a pair of odd socks before going into the pit lane, so I was keen to find out if any of the Iron Dames had any rituals before they get in the car on race day. 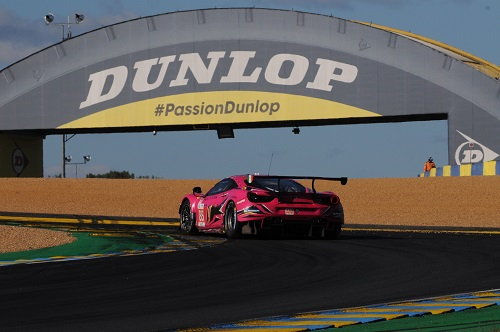 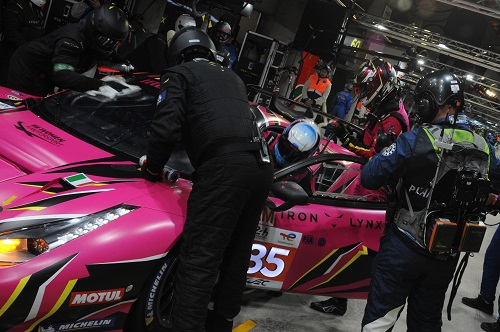 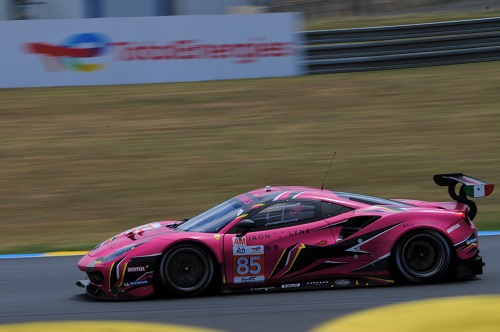 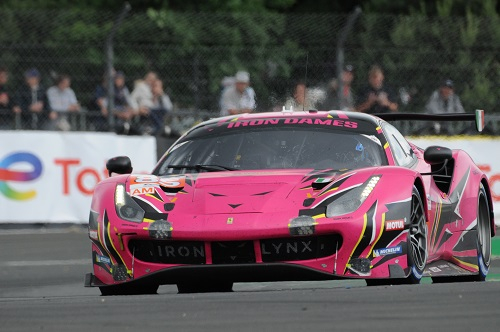 Rahel said: “No not particularly, on the starting grid I just like to shake hands with every single team member working on our car to wish them all a good race.”

However Michelle and Sarah, both who have long hair share a ritual. Michelle said: “For me my ponytail is my ritual, it has to be done in the correct way, and it always have to be on my left shoulder. Sarah said: “I just like to be ready early enough so I don’t have to rush. Since we race together, Mishi usually takes care of my pony tail as she does a much better job than I.”

I wanted to find out if any of the drivers had a hero from the motorsport world and if so who and why. Michelle was very clear who inspires her, ““Without doubt Michael Schumacher, he has always been a driver I’ve looked up to and I have always loved his mentality for some reason that’s hard to describe.”

Rahel doesn’t have a specific motorsport hero but said: “I like to get inspired and motivated by any successful athlete because in the end we all have to find our way.”

Sarah likes to get inspired by all the successful people around her and said: “ It could be a world champion, could be a mechanic – doesn’t matter, I believe we can learn from anybody around us. So really, my everyday colleagues are my heroes.”

Asked if they could race at any track in the world where you have not raced before there was a clear American theme coming through.

Rahel said: “I still dream of racing in America and finishing a race there in high position.” Michelle agreed and explained: “I would love to go to some of the American race tracks, after racing in Sebring this year I just felt in love with the track, as well as the atmosphere and environment at race tracks in the states.”

Sarah has her ambitions set on the all the most legendary endurances races and explained: “Lately I have been able to check out some big tracks on my list : Le Mans, Sebring, Portimao… but I still dream about Daytona, the Nordschleiffe and Bathurst.”

Girlracer wishes to thank Rahel, Michelle and Sarah for their time and fascinating insight provided by their responses above. By Melissa Warren